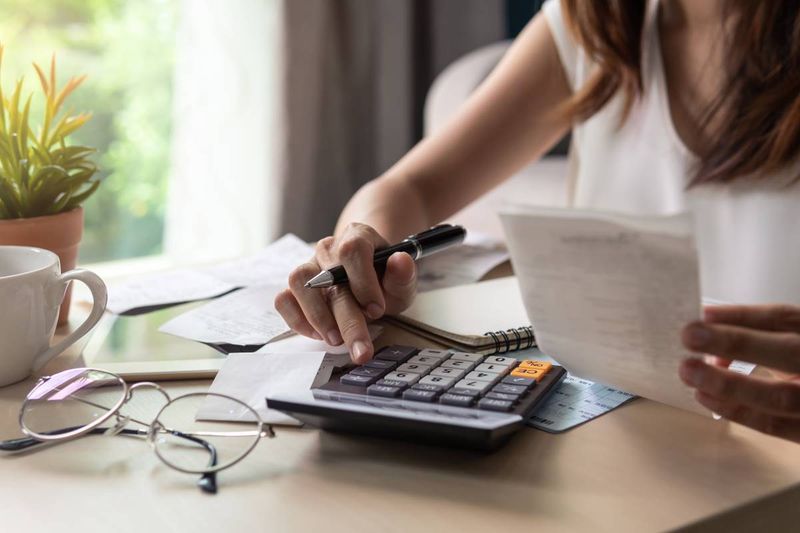 Cost of Living in Canada: Your 2021 Guide

Cost of Living in Canada: Your 2021 Guide

Wondering just how affordable it is to live in Canada in 2021? The pandemic has changed the ways that people spend. For example, we’re buying more essentials, like groceries, causing their prices to rise, but buying fewer airline tickets and less gasoline and clothing, meaning those prices have dropped. It’s safe to say the pandemic will continue to have an impact on the cost of living in Canada going forward. Knowing how prices will be affected will help you plan how, where, and when you spend. For example, housing costs are predicted to fall by 7% so if you are looking to invest in property in Canada now is as good a time as ever.

The average Canadian salary in 2020 has grown on a national level, but this does not mean that you will earn the same wage in every province and territory. The average salary remains high in provinces that are traditionally strong economically – Alberta ($61 865), British Columbia (53, 416), Ontario ($55, 524), and Saskatchewan ($54, 371) but at the same time these provinces tend to have much higher living costs. In this blog, we answer your question of “how much does it cost to live in Canada in 2021?” by looking at housing, healthcare, and food costs and even how much you will pay to move to Canada if you want to be one of the 1-million new residents of Canada by 2023.

Watch the video below for a real-life experience of living in the most sought after city in Canada as a millennial.

1. Cost of Housing and Rent in Canada

Let’s start with what you probably will end up spending most of your salary on: rent or paying off your mortgage. When it comes to the cost of living in Canada you should look at the housing market first. You’ll soon figure it out. Where you choose to settle in Canada plays a major part in how much you’ll be paying for a place to live. More than one-third of all Canadians live in the three biggest metropolitan areas in the country – Toronto, Montreal, and Vancouver.

These big and bustling cities across the country attract young professionals, foreign workers, and immigrants by offering more job opportunities in different fields, cultural diversity, better infrastructure, facilities, and educational opportunities. Another thing they also have is the highest housing costs in Canada due to the ongoing demand for big city life.

The good news is that prospective home buyers may get a break in 2021 as economists predict that home prices across Canada will drop by 7% due to COVID-19. That means a family looking to buy a home in Toronto will pay an average of $850, 000 instead of $900, 000 in the previous year.

Not looking to buy just yet? Canada offers various property types to rent for families, couples or roommates, and those riding solo. These include detached houses, semi-detached houses, townhouses, condo apartments, and plexes (duplex, triplex, and fourplex). Some of these properties may have a private garden or a balcony, and others may be stand-alone units or share a wall with neighbors.

Vancouver, otherwise known as Hollywood North, has the highest rent prices in the whole of Canada with a 2-bedroom apartment going for an average of $2,793 per month according to StatsCan. The least expensive major city is Edmonton situated in Alberta. You’ll pay approximately $1, 250 per month to live in a 2-bedroom apartment in this capital city. Utilities are often included in the rental contract (but not always) and may include parking, electricity, heat, and water.

Take a look below at the average rent for a 2-bedroom apartment in Canada’s major cities.

Budget killing your buzz? There are more affordable places to rent outside of city centers but you may spend additional time and money on commuting to and from your place of work. The other option is to settle in a smaller city or community in a province, such as Timmins, North Bay, and Barrie in Ontario. In fact, there is a special immigration category to attract foreign workers to the lesser-known regions in Canada – it’s called the Rural and Northern Immigration Pilot.

You could pay as little as $1, 000 per month for a 2-bedroom apartment in Northbay, Ontario that’s about a 3-hour drive from Toronto.

Take a look below at the average rent for a 2-bedroom apartment in some of Canada’s cheapest cities.

2. The Cost of Healthcare in Canada

When it comes to exceptional public healthcare, Canada delivers.

Medicare, Canada’s publicly funded healthcare system provides up to 70% of coverage to all citizens and permanent residents regardless of their socioeconomic status. This includes doctor visits, COVID-19 treatments, and necessary medical procedures. Each province and territory has its own health insurance plan that is monitored by the Federal Government and some provinces may offer more coverage than others. For example, prescription drugs for Ontario residents under the age of 25 as well as those over 65 years old are free under the Ontario Health Insurance Plan.

Medicare was officially named the best healthcare system in the world in 2020.

Canadians generally pay much lower prices for medicine overall because prices are regulated by the government to curb inflation. For example, the popular cholesterol drug Lipitor can cost Canadian patients under $50, compared to more than $150 for the same dose sold on the US market.

The good news is that private health insurers in Canada offer competitive rates and flexible plans tailored to each province and territory. Here is the average cost of health insurance in Canada per month:

Newcomers to Canada may have a 3-month waiting period, depending on the province in which they live, before they can access Medicare in Canada. For this reason, it’s a good idea to get private health insurance during this interim.

What does it cost to keep fit in Canada?

If exercise is a big part of your weekly routine then you’ll want to know how much you’ll be spending on working up a sweat and getting your blood flowing in Canada. Whether you’re a gym rat or a yoga enthusiast there are thousands of health clubs across the country that fit every type of budget. Here is the average cost for a fitness membership per month:

Interested in fitness without the price tag? You can always opt for a scenic hike in one of the many beautiful parks or participate in a weekly park run in your area instead.

3. The Cost of Food in Canada

Food prices in Canada are slightly more expensive than our neighbors’ down South and since the start of the pandemic, we saw an increase in grocery prices and a shortage of toilet paper and bread flour. This is largely due to a rapid change in people’s spending habits and also the logistics costs when Canada is forced to import certain foods from the US and Mexico during the cold months of November to May. Canada is also a large country with many remote areas across a thinly spread population which means that food has to be transported long distances.

Residents of the subarctic Northern regions of Canada such as Nunavut and the Northwest Territories pay the most for food in Canada because there are no roads in and out of the territories and for this reason, all food imports are shipped by plane or ship. A simple cabbage head can set you back $28! Luckily, the high average annual income of $77, 670 in these areas makes up for the above-average food prices. Canada’s Food Price Report predicts that the average Canadian family will spend $12,667 on their annual grocery bill – an increase of $487 compared to the 2019 model. This does not include eating out.

So, how much will you spend on food in Canada? Find out in the infographic below.

How much does transportation cost in Canada?

Canada has an efficient public transportation system especially in metropolitan areas, such as Toronto, Vancouver, and Calgary. You can choose between taking the bus, subway, light-rail train, tram, or schedule a ride on Uber. In coastal areas of Canada such as British Columbia and the Atlantic region, ferry boats are a common way to travel. There are large networks of highways between most cities in Canada if you own a car.

How much do utilities cost in Canada?

In some instances, utilities may be included in your rent. If it’s not, you’ll most likely be responsible for paying electricity/gas and internet/cable bills. Québec has the cheapest electricity prices in all of Canada, while the Northwest Territories has the most expensive electricity prices. People living in Québec City pay for the most expensive home internet plans and people living in Halifax pay the cheapest. Canada has some of the highest mobile data rates at $12.55 for 1GB. What’s more, car insurance is required by law everywhere in Canada.

How much do activities and sightseeing cost in Canada?

If you’re planning a monthly budget don’t forget to add something fun to do or see on the list! Whether you’re a nature lover or enjoy exploring cityscapes and architecture, you’ll be spoiled for choice. Canada has everything from breathtaking National Parks complete with crystal blue lakes and hiking trails to world-famous skyscrapers and popular sports teams to cheer on during games.

Now that you have a better idea of the average cost of living in Canada you may want to know how much money you need to move to Canada in 2021. From visa fees, settlement funds to hiring an immigration consultant who ensures that all the money you spend on immigration documents like language tests, will not be all for nothing.

Applying through an economic immigration program such as the Express Entry will cost you $825 in processing fees. If you include your spouse or common-law partner in your application you need to pay another $825 and $225 per child. If your application is successful you’ll need to pay a right of permanent resident fee of $500. The Canadian Government further requires that each permanent residency applicant have a reasonable amount of settlement funds to make the first few months of their new lives in Canada as easy as possible. You may be exempt from this requirement if you have a job lined up before you arrive in Canada.